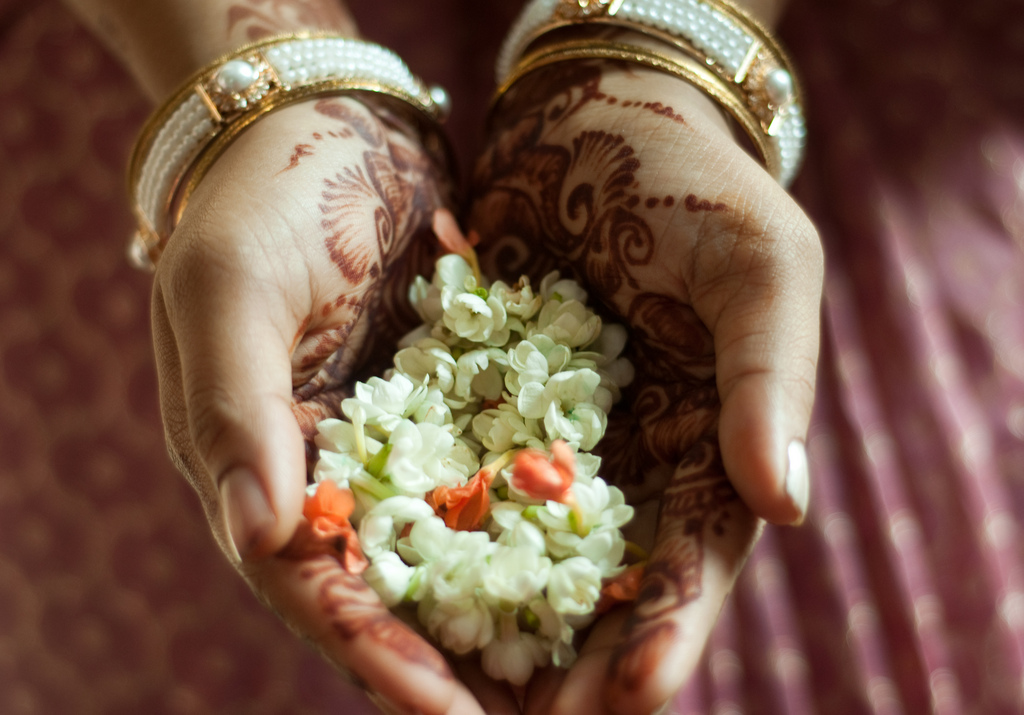 I’m giving myself to India. She is a country so rich and fertile in the sacred, I am ready to throw myself into her fire to burn away what is no longer true, illuminate this spirit of wonder and become a pilgrim in her vast land.

India feels like so many things. Diving head first into the Unknown of the inner space and seemingly foreign external surrounding. A surrender to the mighty current of a destiny beyond my own will. A celebration of the senses. A teacher. A turning point in my young adult life. Who will I be when I return?

I fell in love with the mystery of India as a romantic teenage girl, who is still very much alive in me. Feeling the power of the deep spiritual roots of the culture, everything Indian was magic. To have my hands painted in henna, wrap myself in silken color, to walk with the elephants was a dream. I would put on a dusty old thrift store vinyl of classical Indian music and become entirely intoxicated by the sound of the veena and sitar, it’s vibration echoing through the chambers of my heart.

Fast forward to the time when yoga found me during studying the healing art of Shiatsu. My body had awoken to possibilities I had never known before. I became enchanted practicing the sacred sound of AUM, opening my throat, feeling the heavens fill this vessel in reverence for the union of all things. Every asana became a discovery, every name called out in Sanskrit felt familiar. At one point, quite literally every time I stepped onto my yoga mat I stepped into India. So here is India again, returning to my life in new form. A calling became clear. Sometime in the last few years it had crystallized that I must go to India, to what feels like a long awaited return to home.

From November to February 2014 I’ll be traveling throughout India on a voyage of unearthing what has always been, remembering, awakening. In traditions all throughout the course of humanity, individuals on the path of spiritual union have taken pilgrimage to venerated spaces in which their union with the divine can be honored and celebrated. Pilgrimage for many offers a moment to entirely devote oneself to something, a retreat to reestablish oneself in the One.

After India comes Bali, a tropical sanctuary to play in for a month. My heart flutters when I think of this island. There isn’t much more to say about my attraction to Bali other than the feeling of lightness and abundant potential that arises when I think of it. That, and surfing! Yes, that’s right, I’ll be damned if I don’t leave Bali having learned how to surf  🙂

I recently have opened myself to receiving guidance on setting long-term intentions for my life. I’ve heard the question “What’s your 5-year plan?” before and never really had a clear answer. A true intention feels like it can’t be forced or fabricated but comes spontaneously as a gift, resonates deep within and inspires a sense of possibility. A few days after I opened myself to this question a thought came to me that rang so true I nearly burst out laughing when I heard it spoken out of me! I’m going to live in a warm, lush climate during Chicago’s winter months and return to Chicago during the summers to teach Shiatsu and practice.

Will this warm climate to migrate to yearly be Bali? Who knows. Perhaps there is something in Bali that will contribute to another future possibility not yet conceived of. Whatever India and Bali have to bring into my life, I’m ready and excited to embrace it.

Many Blessings and Infinite Love,

Katarina Stanisavljevic is a Licensed Massage Therapist within the state of Illinois, Certified Practitioner of Shiatsu Therapy by the AOBTA and a professional member of ABMP.

Welcome! Thank you for being here!

(You'll receive an email only about once per month and your information will be kept private.)

Looking forward to connecting with you!